It’s exactly a month since disaster struck and now the government and news outfits have been heralding the news that normalcy is slowly being restored in the city.

For downtown Tacloban with all the piles of debris strewn all over the streets and the shuttered businesses, maybe there is a very small semblance of normalcy for the clueless.  Sure, there are stores that are now opening, but things are still very far from normal, especially when one goes outside of the commercial area. 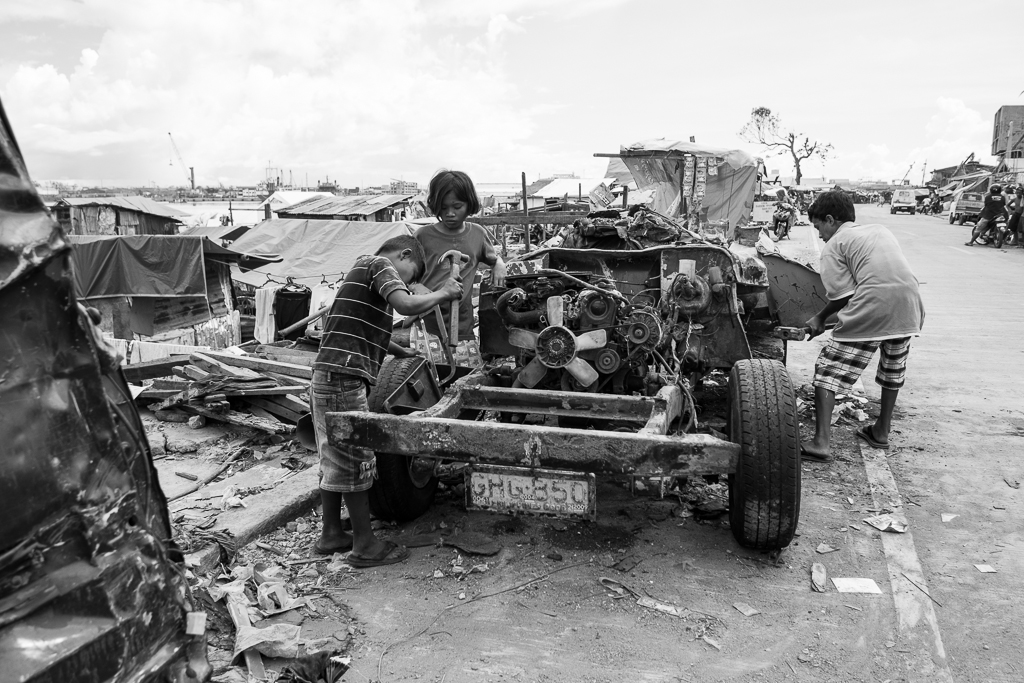 This is Anibong, one of the places I frequent during my photo walks.  It is barely recognizable.  Correction, it is unrecognizable.  All the houses and sari-sari stores lining the street are gone. 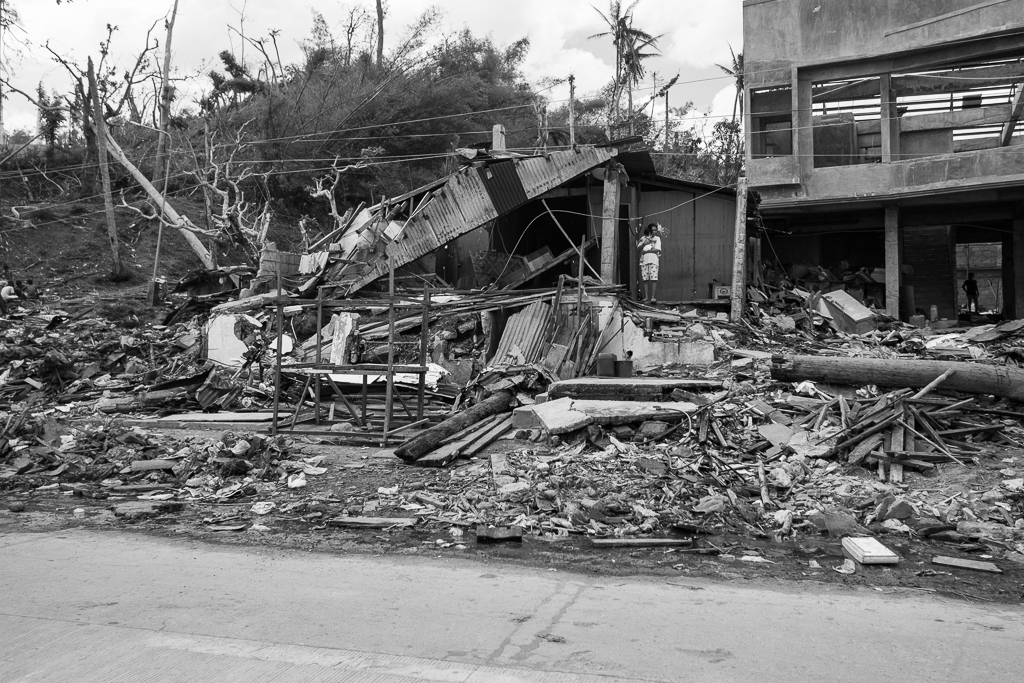 The remains of a decent house, 30 days later.  No housing relocation sites yet,  no master plans for development, nothing.  Nobody is running the show. 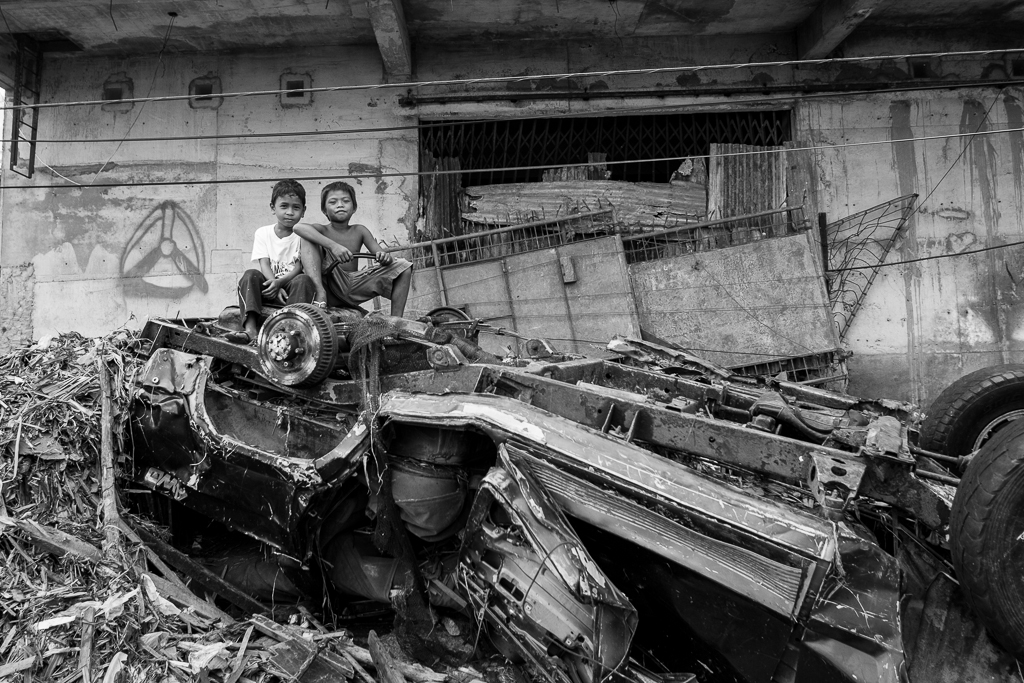 Scenes like this are kept from the local news.  Everything is going well, they say.  Hey, it’s almost Christmas everywhere else but here. 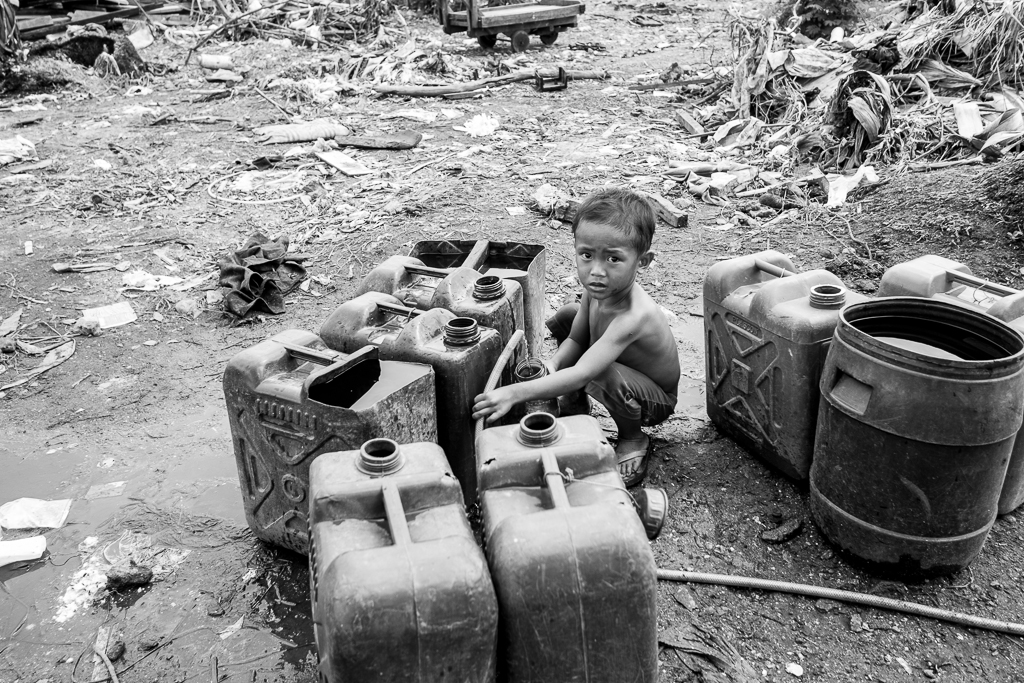 Where have all the playmates gone? 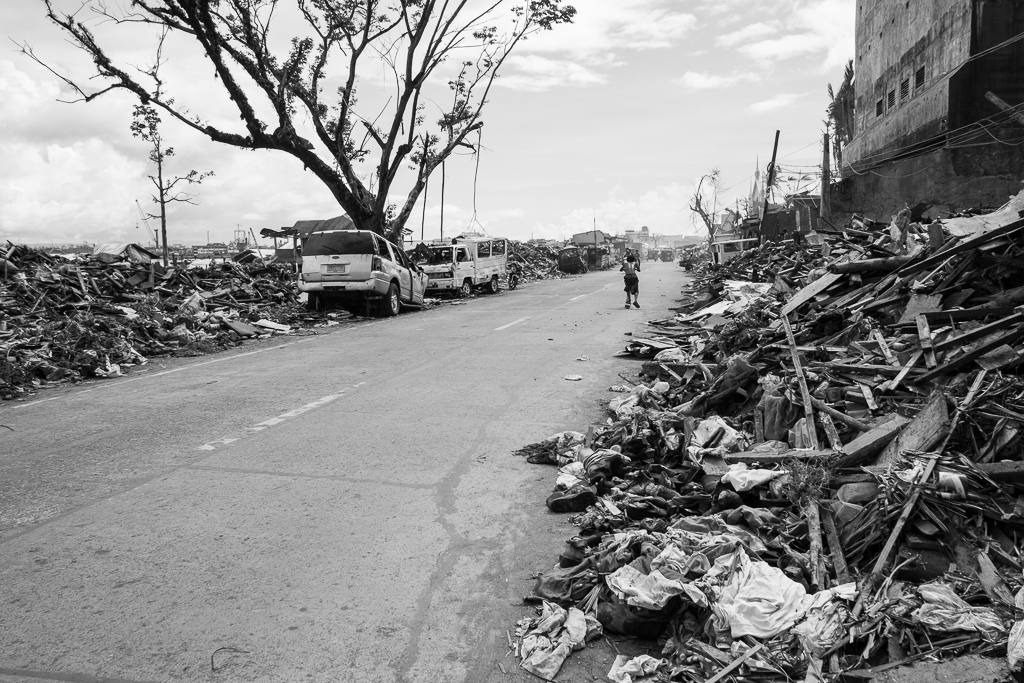 This is still Tacloban City, but I don’t see the usual people I meet anymore.  Where are they? 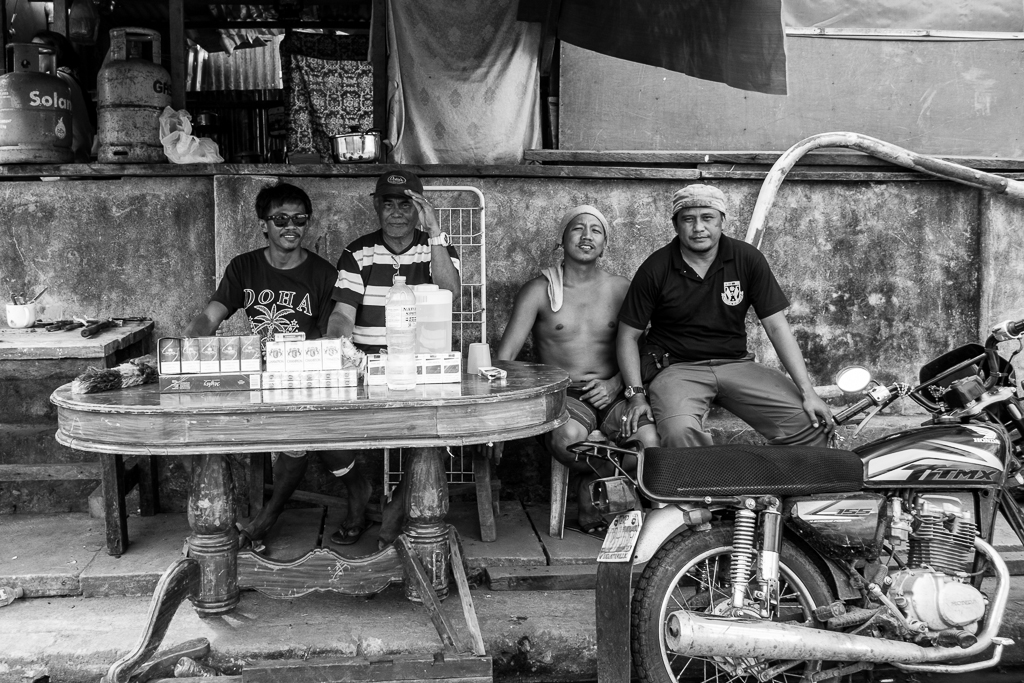 Joey, 2nd from left.  He has a small watch repair booth in front of my father’s store.  I’ve known him since I was in my early teens.  He lost his wife during the storm.  I know them both; I see them almost every weekend when I pass by.  All I could do was give him a hug.

It is not normal for ships to be on the street pretending to be cars.  This ship will be chopped up and be sold as scrap soon. 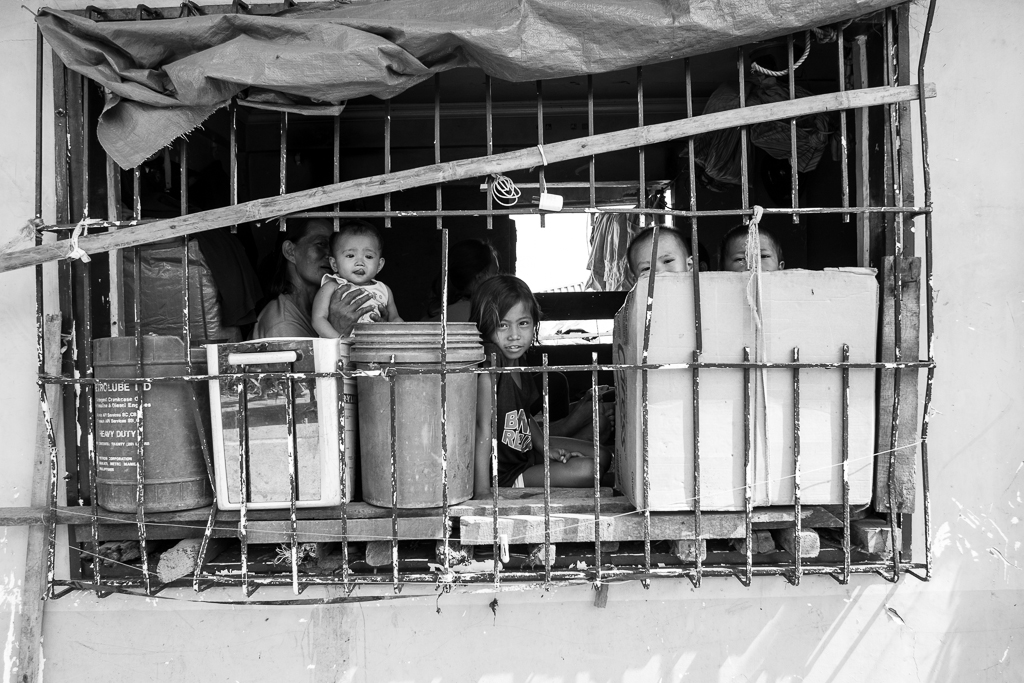 Babies and mothers are cramped in a small barangay hall.   They’ve escaped the storm surge, but not the squalid living conditions of the aftermath. 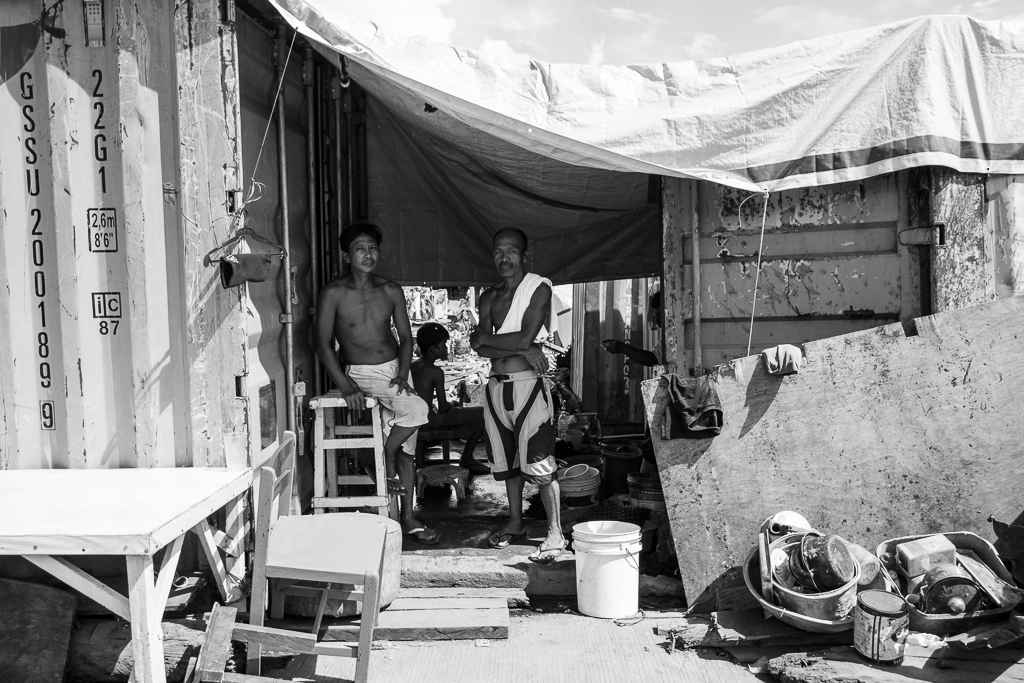 Container vans as temporary living quarters until these are taken back to the docks tomorrow.  There’ll be no more roof to keep them dry until they are relocated by the government.  This place is now a no-build zone.  The social welfare department will also be slowly halting the supply of relief goods, and these people are still out of a job.  With all the money pouring in but not going to the intended beneficiaries, maybe next time the private sector should receive the financial aid instead and have an “adopt a family” program. 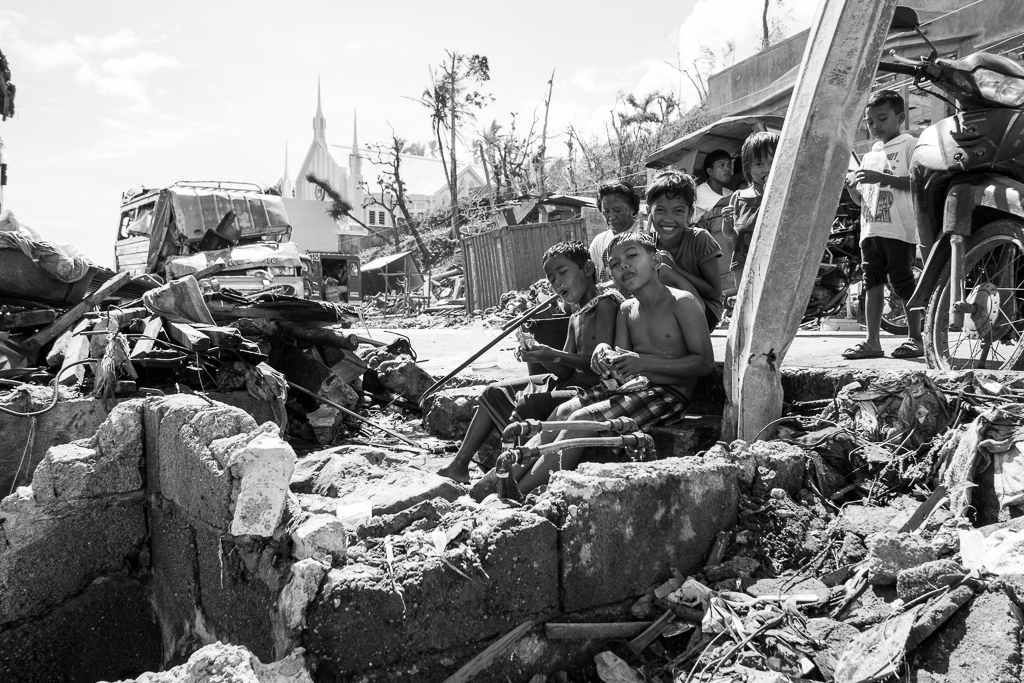 Of course, kids will always be kids no matter the circumstances. 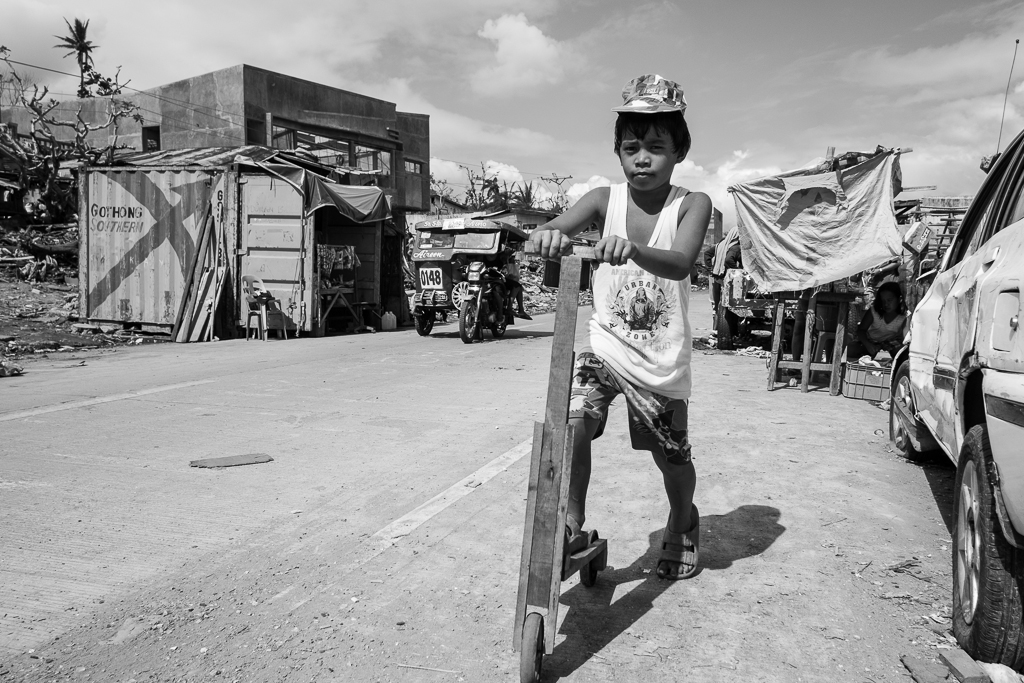 There’s plenty of wood around to make these scooters.  Children do need time to play. 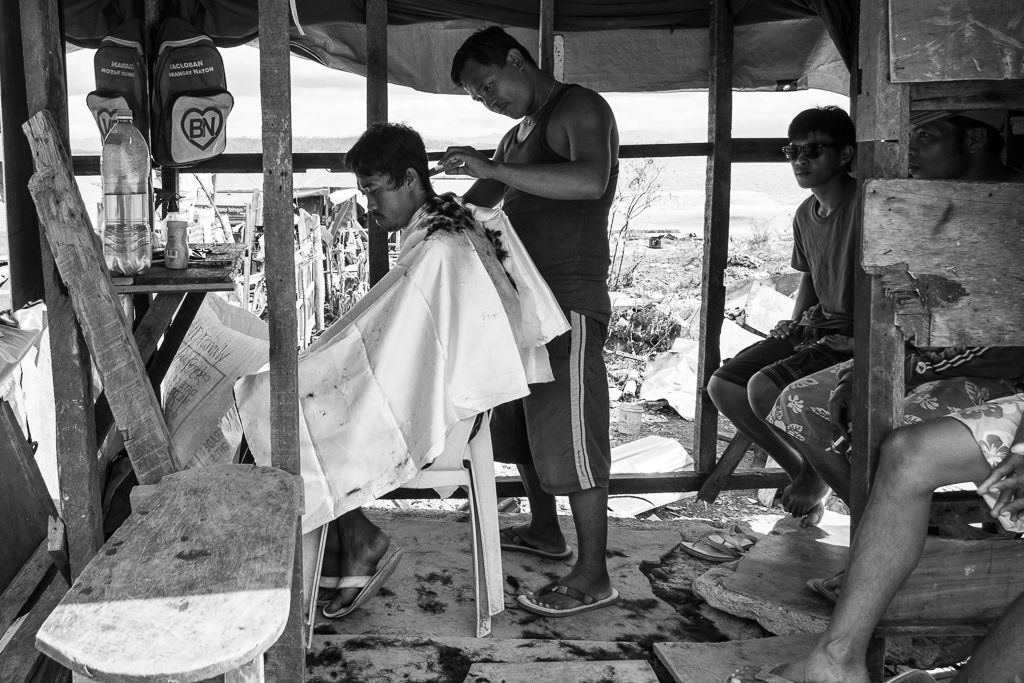 The village barber is in business.  All seems normal, except for the view. 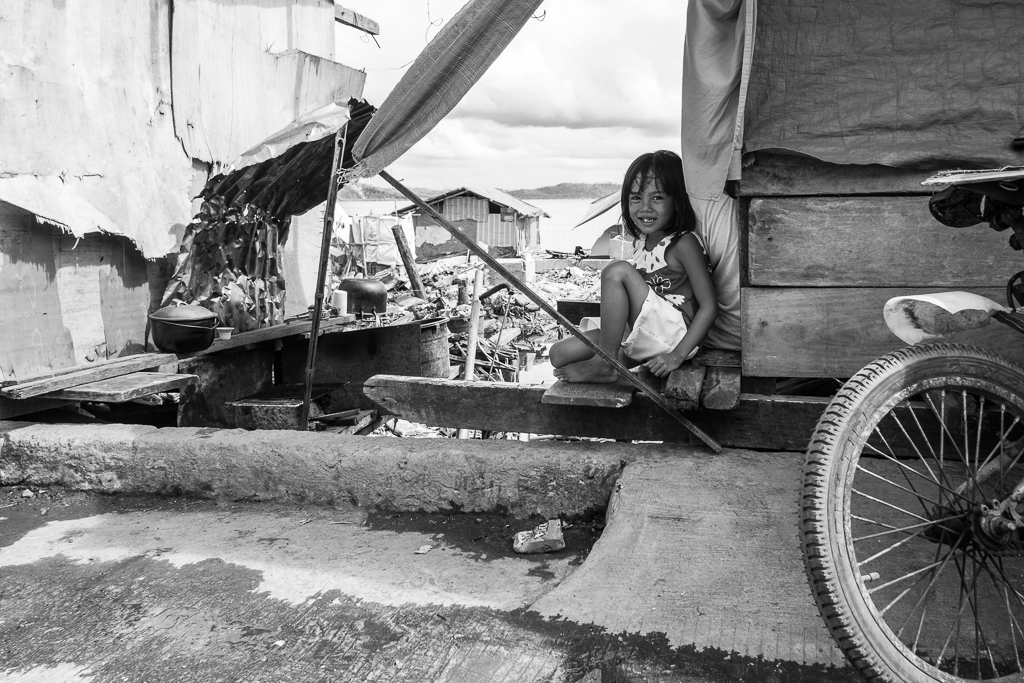 At the very least, people can still afford to smile despite all they’ve gone through – high waters and all.