If we are to believe that super typhoons come about only once in every century, then we shouldn’t have any more of these catastrophic hurricanes in the next 200 years.  I certainly hope this is true because this is getting to be very tiring and traumatic.  Last week’s calm was the precursor to this storm.

Typhoon Hagupit (Ruby) didn’t hit us directly this time, nor was it as violent as Haiyan, but it was the longest 8 hours of fierce wind and rain that battered Eastern Visayas.  The eastern seaboard of Samar received the brunt of the typhoon and news are now slowly trickling in.  As of this writing we still don’t have electricity, or maybe the better term should be powerless.

Everybody seemed well prepared this time.  People living in the coastal areas moved to evacuation centers as early as Thursday.  Everyone bought their food supplies early and the groceries opened until the last day before the storm made landfall.

The weather was still bad on Sunday.  It was not the usual sunshiny day after the storm.  People had to wait until Monday to return home.

Aside from their houses, these may be their only other possessions.

The trip home is a short one, but nobody knew what to expect when they reached home, if it was still standing.

The statue of the Santo Niño is a staple in most Filipino homes.  There has been a lot of stories about this statue of the child Jesus during super typhoon Haiyan, of how the flood water didn’t reach where it stood, or how it miraculously stayed dry while everywhere around it was submerged in water.

Fishing boats were tied on top of the bridge, safe even if it didn’t stay dry.  It will sail another day. 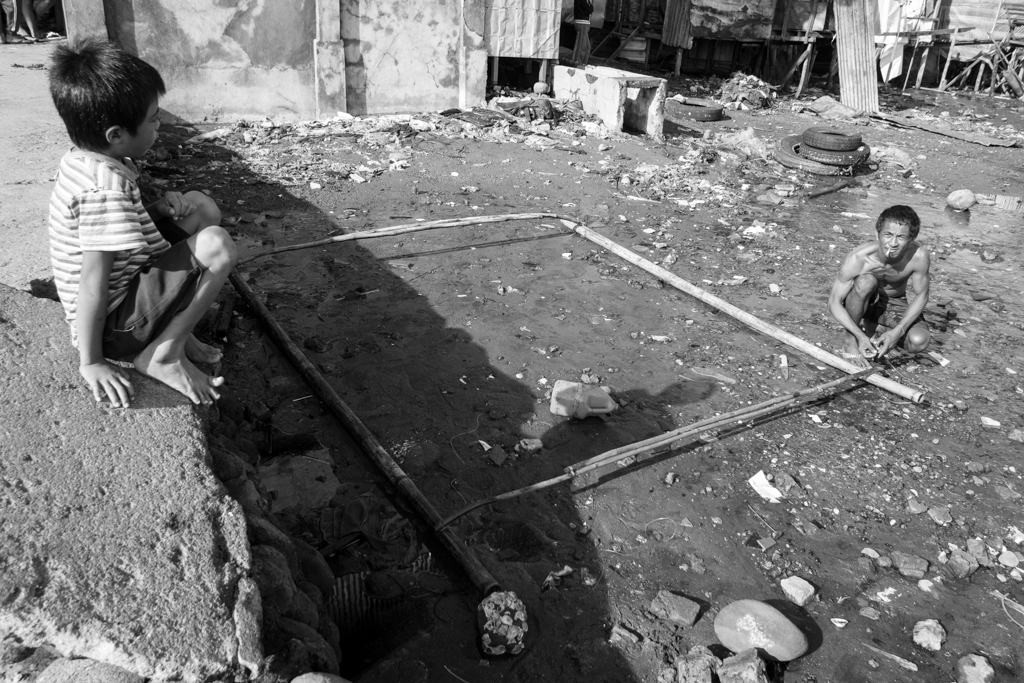 A fisherman reassembles the outrigger of his fishing boat.  Things will be back to normal for him who has learned the hard lessons from the year before.

Picking up the pieces.  This time there are pieces to bring back home, and there is a home to return to. 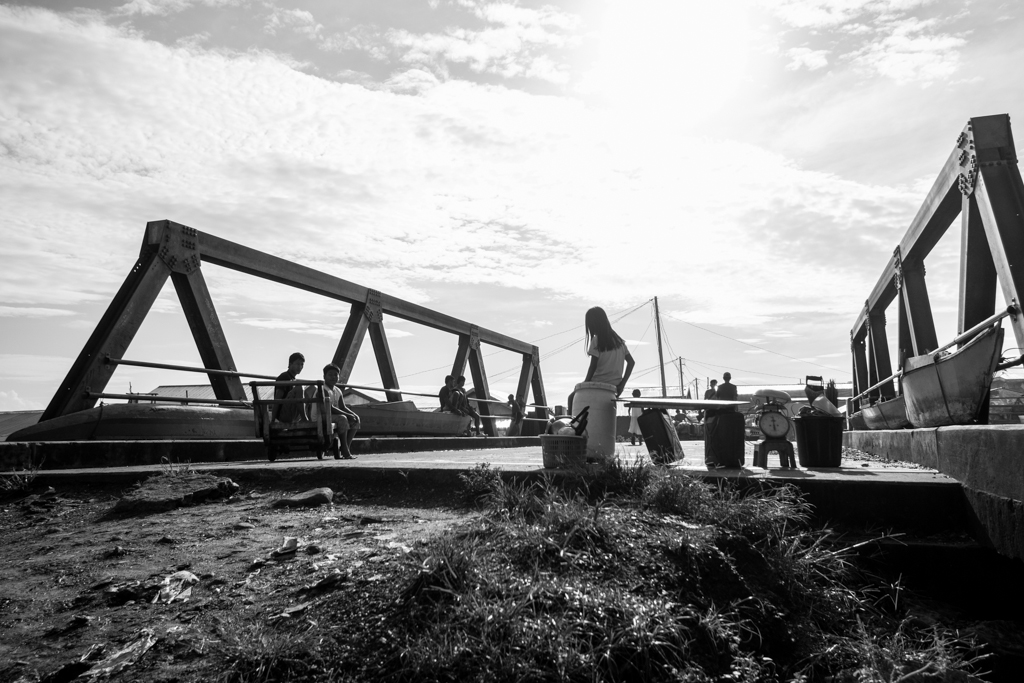 The less one has, the less there is to worry.  There will always be trade offs.

and imagine if only we didn’t have to worry about anything….

It feels good to be back home again, and all the dolls have made it home as well.

Too old and partially paralyzed to get a regular job, the challenges have just multiplied for this aging carpenter.

And these are the stories of our lives…

14 thoughts on “once bitten, twice shy”