2 years of photo walks and I have forgotten about the one thing that I have always enjoyed as a kid, which only happens during the month of May.  Every night, we would go out to the sidewalks and watch the processions of lanterns.  We would be fascinated by lanterns shaped like ships, airplanes, rockets, moon and stars.  We used to call it “nanamuyo”, but now I know it as Santa Cruzan. 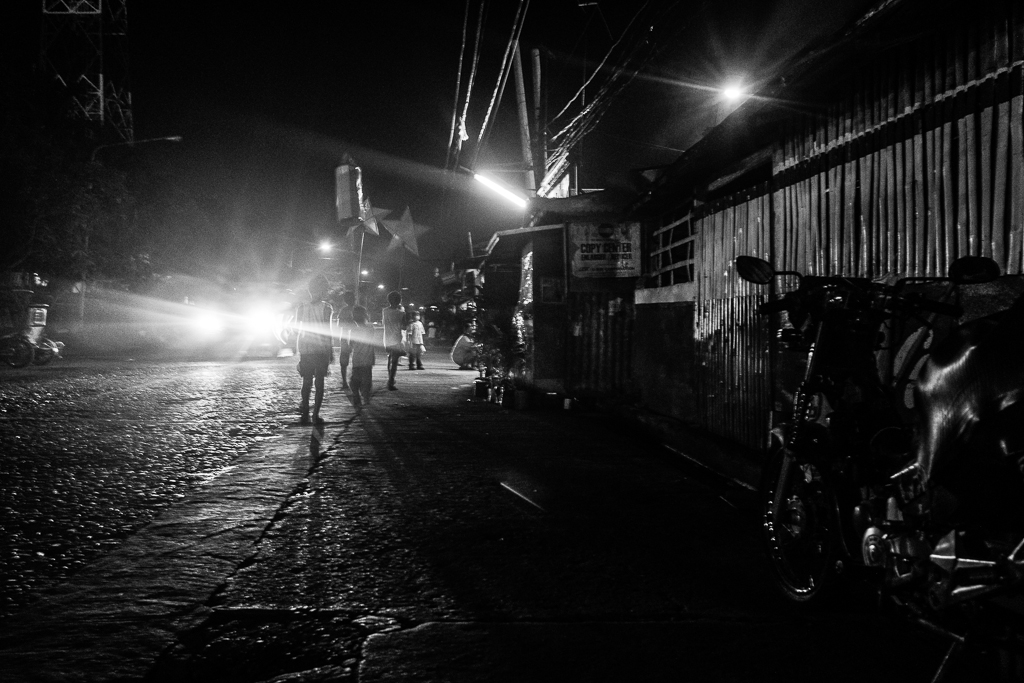 My first night at the local barangay chapel.  The kids came running like a stampede with the lanterns after getting their treats from the sponsor of the day.  I have never participated in this activity, and until now I still need to be educated. 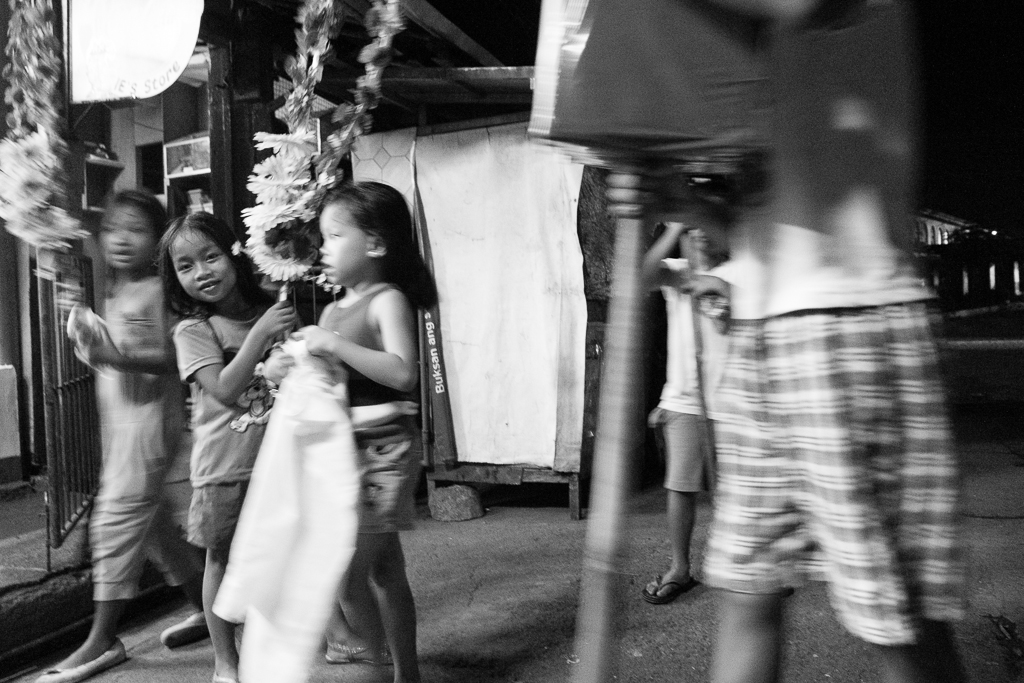 While the boys take turns with the lanterns, the girls carry the flowers. 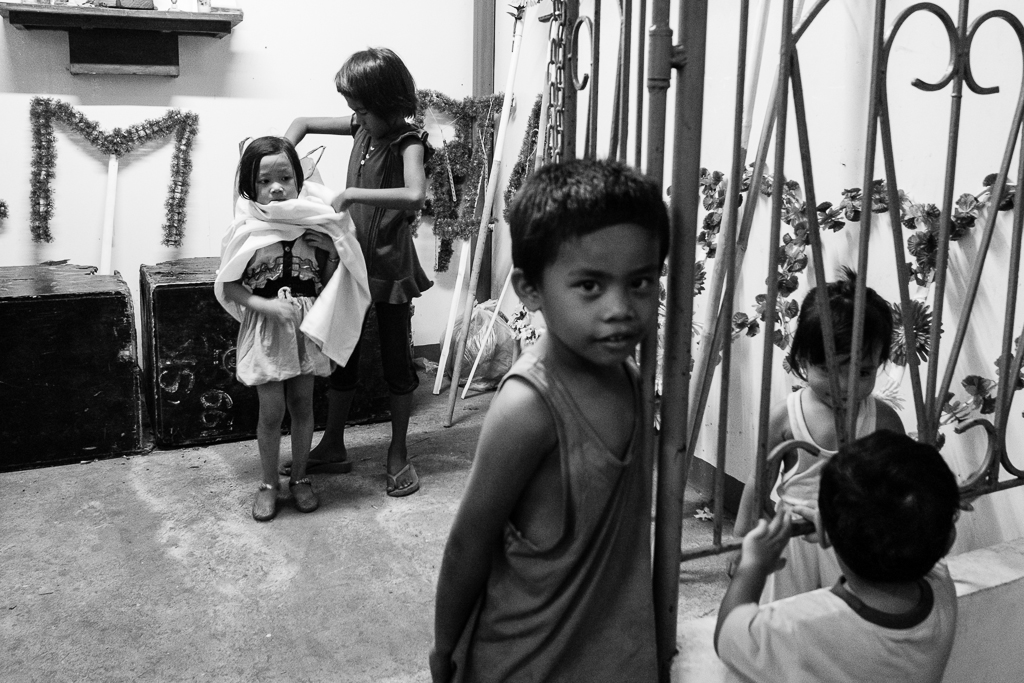 Second day, after I learned that assembly time is around 5:30 pm.  After the prayers by the older kids, they’re getting ready for the procession.  Here is one of the angels being dressed in white robes. 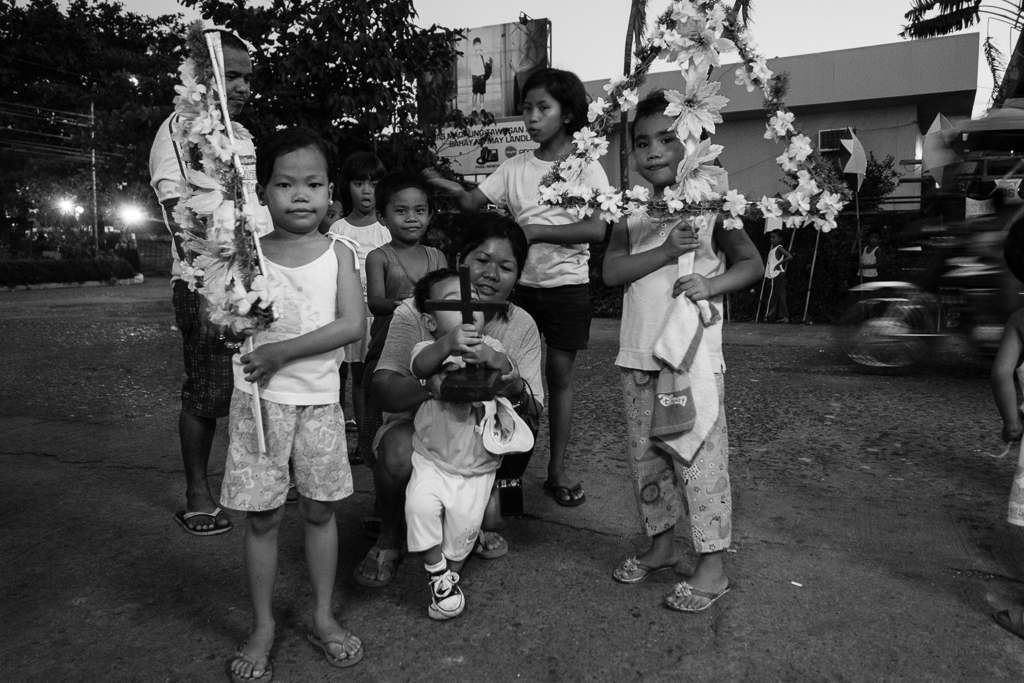 The flower bearers, and the sponsor’s child carrying the cross. 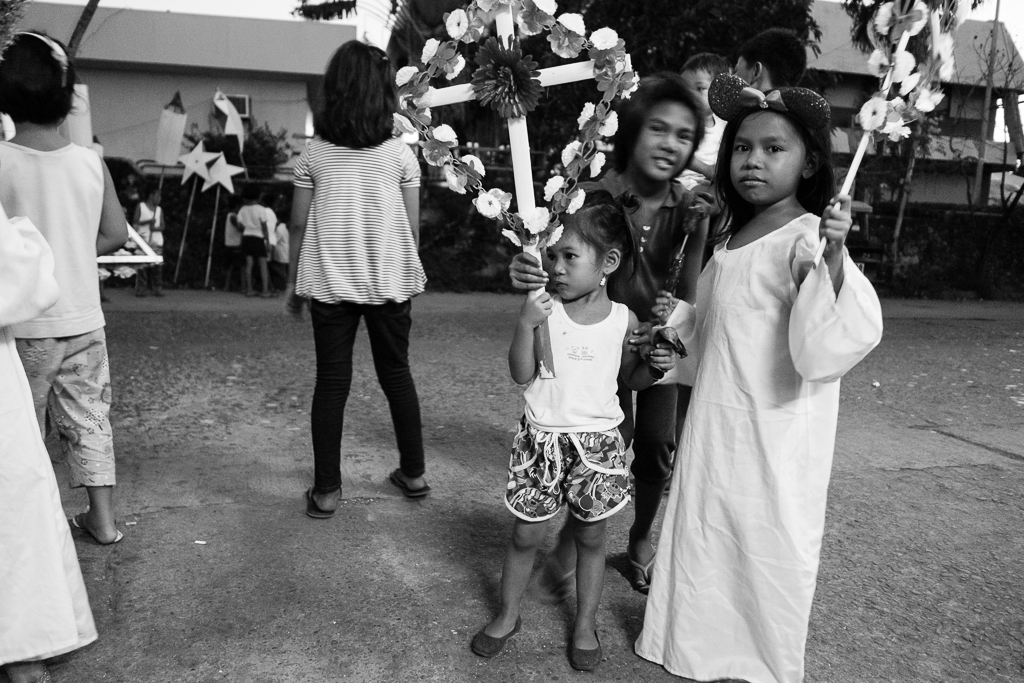 One of the angels and her Minnie Mouse band, and a banana-cue.

A pose while everybody else is getting ready.

Getting in position and getting serious.

The waiting is very tiring.

Almost good to go, just waiting for the lanterns to be lit.

The guiding light, getting lighted.

..and then the star gets its shine…

and then the chanters light up as well

Off they go!  It’s handy to have a lighted candle, easier to read off the cheat sheet.

The participants are mostly kids, guided by a few adults who make sure that they stay on one side of the road.

It’s a walk around the block, and this is where we parted ways.

I have decided on getting an equipment upgrade, a Fujifilm X-Pro1 and an 18mm lens.  I was hoping for an equipment sponsor, but I guess I was just too impatient, and I might just be waiting for something that might never come.  If I do get a response (hopefully), there’s always something that can be worked out, like a second camera body and a zoom lens for the upcoming festival parade in June, some concerts and beauty pageants too.

There are lots of reasons for choosing this particular model, and being nostalgic and maybe a little old fashioned are two of them.  It weighs the same as the lens I have been using without the weight of the Canon body, and my shoulders and back are happier with this set up.  Low light performance is wonderful; these photos wouldn’t be possible with my old gear without the aid of a flash.  Cost wise, this is cheaper than getting a full-frame camera and a new piece of glass.  Although this wasn’t on my priority list, being able to pay on installment for the next twelve months made it to the top of the list.