Sunday morning went by and I missed another planned sunrise shoot.  Why is it so difficult to resist going back to sleep after turning off the alarm clock?  Hitting the snooze button a second time only made it more enticing to go back to bed.  Then it was driver duty for the rest of the morning.  Luckily the afternoon wasn’t taken, so after a short nap I headed south to a small community by the river banks of Tanauan, Leyte.

There are no Little Miss Muffets here and they have no tuffets.  They’re not afraid of spiders, no whey!

These boys spent the afternoon hunting tree spiders.  Look at those little critters!

This is not for the faint of heart, nor is this for those with iron grips. 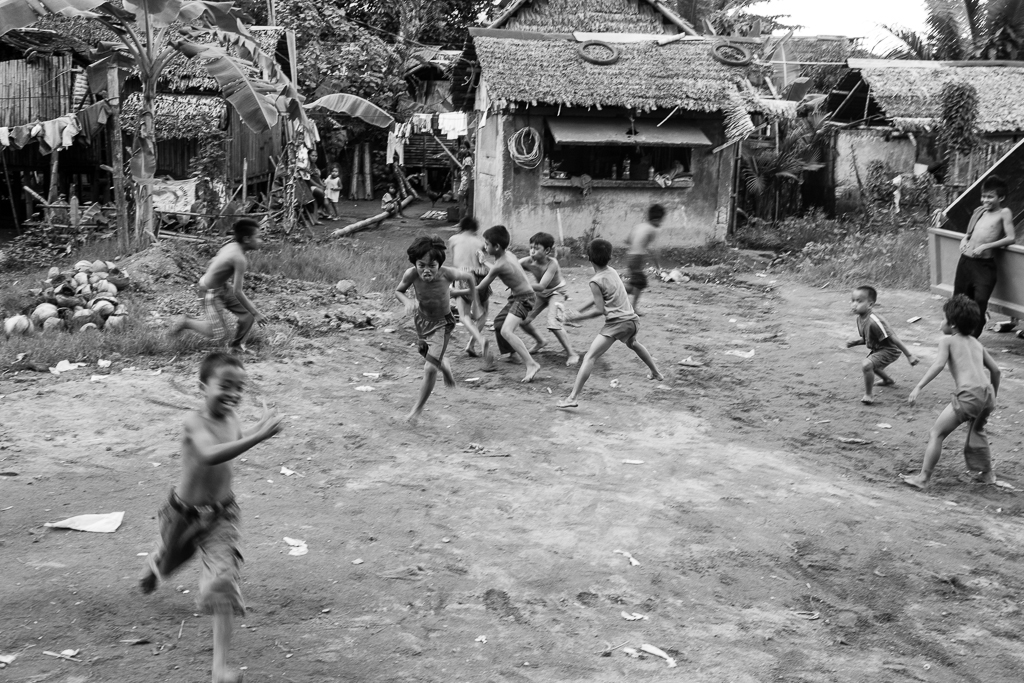 Much of the games children play have evolved.  This is called “123”, and is played by 2 teams.  It is a little rough.

While the bigger boys rough it out, the younger boys and girls play their own games.

This is another new game called “ice ice water”.  There is no ice, and no water.  It must be a secret code. 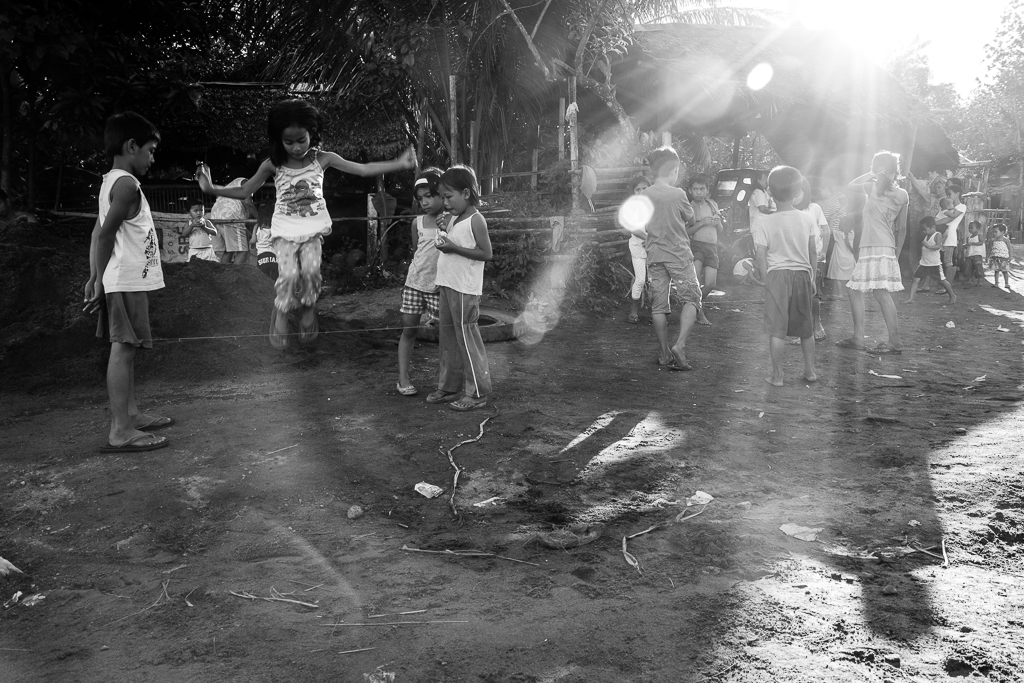 Chinese garter, sort of.  They have a name for this game but I forgot.  It’s not easy for old dogs to memorize new names.

And this is “family dragon”… or was it “dragon family”?  They were hopping like rabbits, probably waiting for the real dragon to catch them.

This is how the neighbors watch TV: through a narrow angle to the television set in one of the houses.  Fall in line!

Last February 8, 2013 was the opening of the art exhibit here in Tacloban in celebration of the National Arts Month.  I was invited to participate in the exhibit which also featured the works of talented local painters and sculptors.  The exhibit runs through the month of February at the University of the Philippines Leyte Samar Heritage Center.  Weekend viewing can be arranged by special appointment.  For those who can’t come, I’ve included the pictures I’ve put on exhibit.  They look better on print, though,  especially at 20″x30″.

32 thoughts on “no batteries required”