Saturdays are great for getting stressed out thinking about where to go and what to shoot and Sunday morning is the best time to go catch some fish.  That goes as far as I am concerned.  Finding interesting photographic subjects, and also mundane at that, is getting to be more and more challenging.  By now it should be evident that these photo walks do involve a lot of driving aimlessly around the city and the neighboring towns.

I was drawing a blank this particular Sunday morning and was thinking about taking some sunrise photos, but once again the alarm went off a tad too early.  It’s a Sunday and I should be in bed and taking the day off.  Unlike me, that guy in the car sure knows how to make best use of his weekend.

I have passed this shop many times, but had no reason to drop by, until today.  What’s special about this shop is that is it run by Ely and he is a Beetle fanatic.  I might have stepped into a taxidermist’s lot with all the dead beetles around, but considering the work being done here,  I am definitely looking at probably the only chop shop trying to resurrect dead beetles. 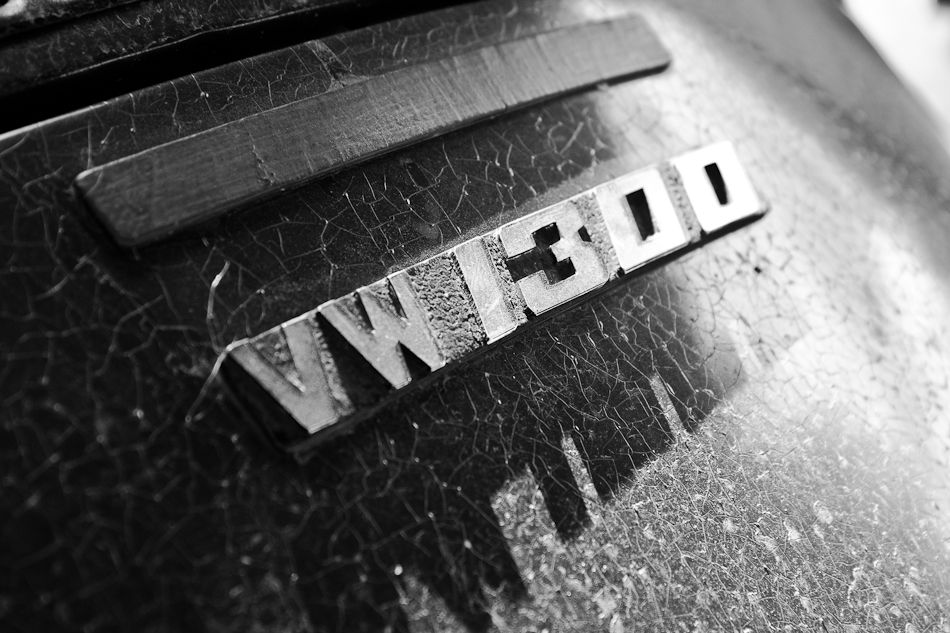 Restoration is a long shot, but being roadworthy will do for now.

Vintage cars are becoming very rare.  Most of them have already been sold as junk for recycling, and they will be reincarnated as paper clips, toasters and lamp posts.  The glory days are over.  We are now in an era wherein cars are made from the thinnest sheet of metal and a ton of plastic with a lifespan that is as long as the time it takes to fully pay the car loan.  Unfortunately, the same can be said of our values.

I have a soft spot for things from years gone by.  Old houses, gadgets, photographs, cars and everything that gives me an opportunity to take a glimpse into the past.  There were a lot of good stuff back then – real wood, chromed metal and genuine leather, unlike today where everything is mostly plastic, including people.