fishing is not a sport

Sunday morning on an August day, I driving along and saw a sight across the street; a little boy at the back of the truck eating ice cream on a cone, shone upon by the glorious morning sun.  I got off, grabbed my shooter, slammed the door and hurried past some fierce looking men carrying spears.  Not enough reaction time; I shot them at the back instead.  Halfway across the street, I lost interest in the little boy and his ice cream, and decided to follow these men.  They were on a mission and I want in.

Target sighted.  I had a hunch as to where they were heading to – there are not many places where one can use a piece of board with rubber straps.  Again, no chance to get in front of them as they were moving too fast, and not a smile on any of their faces.

Four men, hunting for fish on their day off to feed their families.  The pay for piecework is sometimes good, oftentimes inadequate. 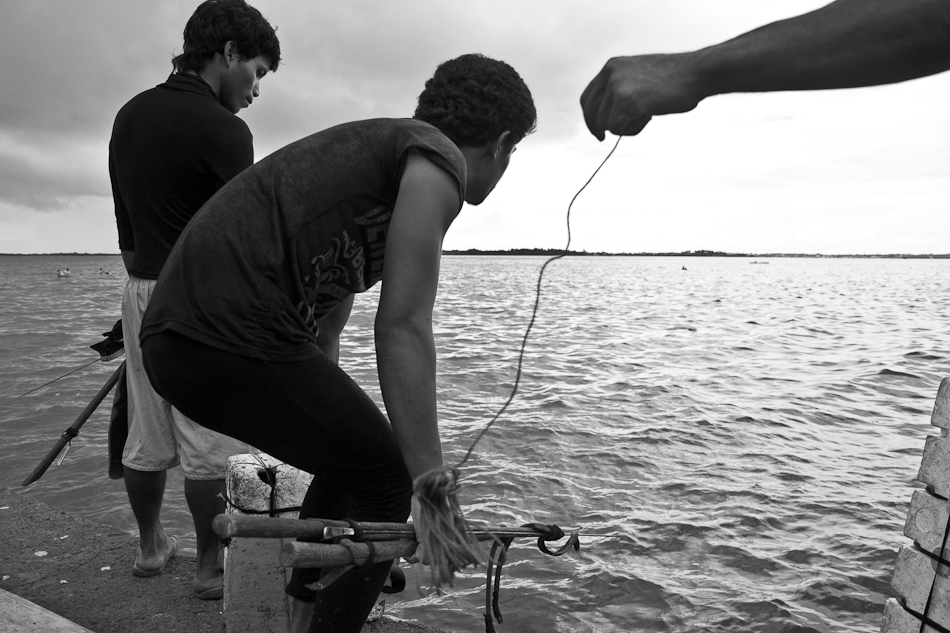 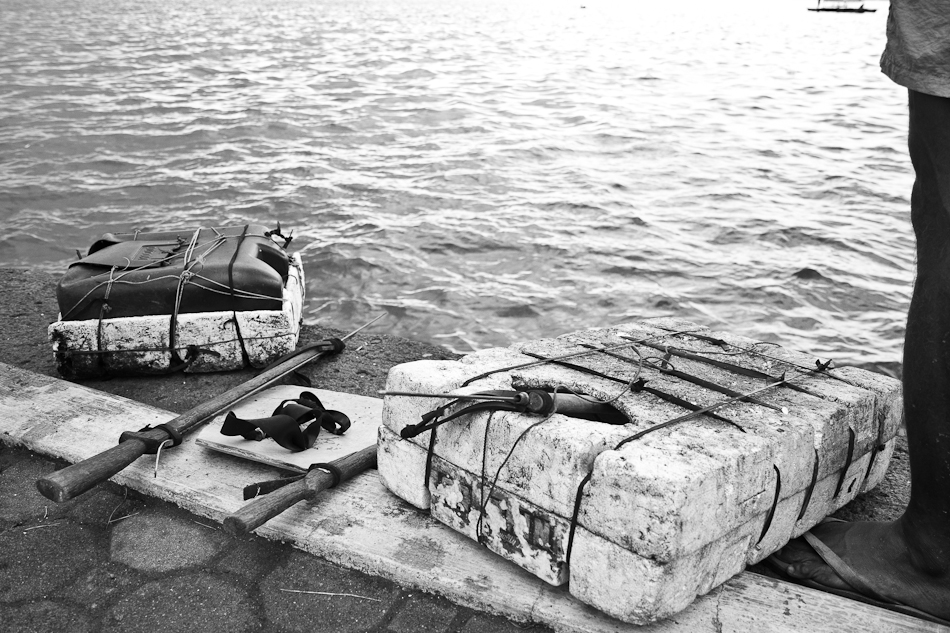 Styrofoam boxes or plastic water jugs tied to their waist to store their catch, wooden spear guns fashioned with strips of rubber from inner tire tubes, thick bare electrical wires for spears, and a piece of board with more strips of rubber straps attached to use as fins, and a face mask.  These are their survival tools. 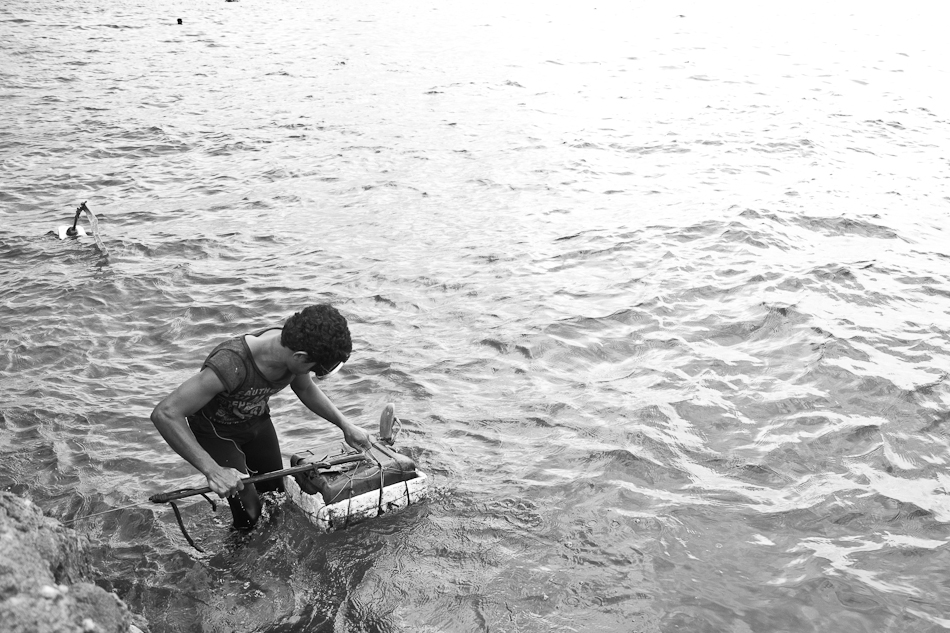 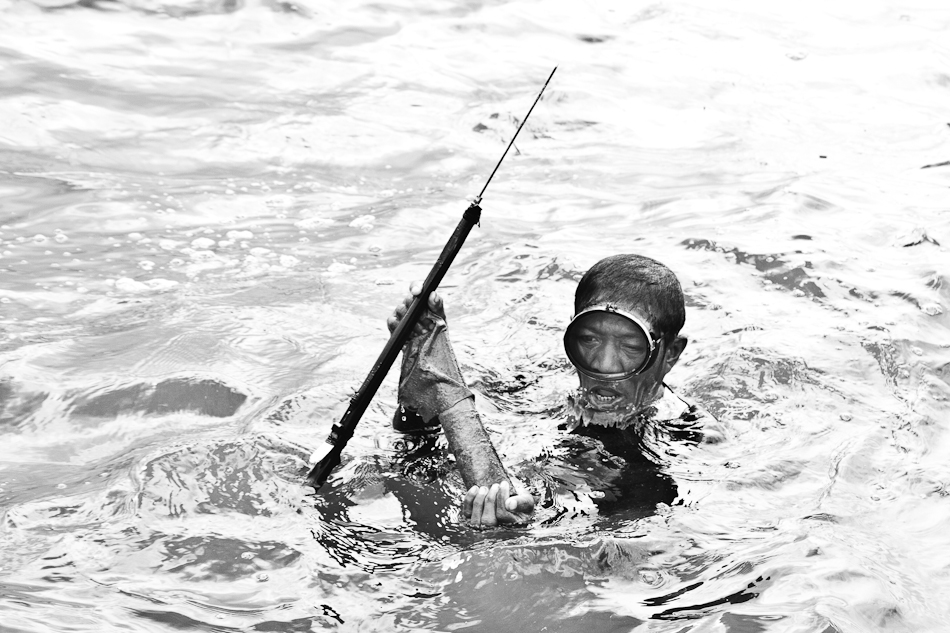 Fish trapped in a cardboard tube.  It’s a lucky day!

8 thoughts on “fishing is not a sport”