Sirens in the Night 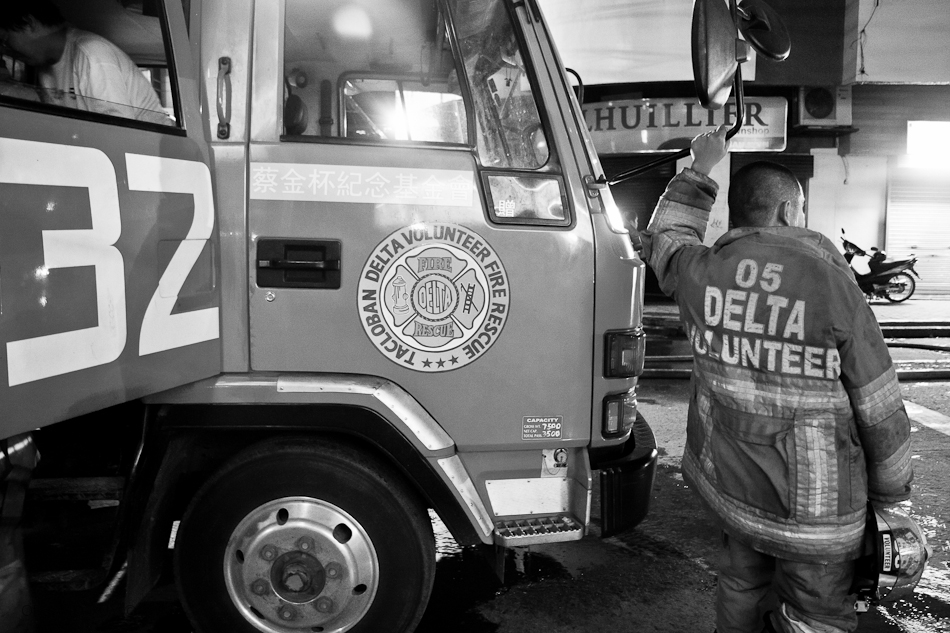 Fire has broken out again at the Rovic Building, barely 18 months from the previous fire last August 18, 2009.

Every time I hear firetruck sirens in the wee hours of the morning, I always dread the sound of the ringing telephone. It has been many years since I was badly woken by the incessant ringing. The sound was very eerie, breaking the silence of the early morning hour. I wasn’t intending to answer the call, thinking that it would just be another prank call, until I started hearing the sirens of the firetrucks from a distance. Something was definitely wrong, and it didn’t take a second for me to jump out of bed, pick up the phone and was soon knocking on my dad’s bedroom door. We were out on the streets in no time, heading towards Rizal Avenue to where our store was. The sidewalk was already filled with people, too many of them that we had to elbow our way through. I couldn’t see any faces – everything was just a silhouette as one of the biggest fires to hit Tacloban City was eating up the buildings across from us, making its way to the Tacloban City Market along Tarcela Street.

The phone didn’t ring last night. Thankfully, it was not my emergency, but nevertheless it still was somebody else’s. And for the brave souls who have volunteered to be firemen in the service of the general public, it is always a test of fate, a trial by fire.